I think I'd better explain how I've come to be writing this blog. 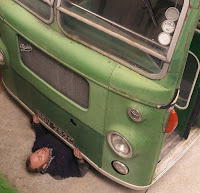 Regular readers of 270KTA.co.uk will know that my irrational love of the Bristol SU-type gets me into all sorts of trouble. Having helped to restore the SUL coach owned by my family since 1993, I bought another one of my own in 2009 and have spent nearly seven wonderful but calamitous years trying to tame it. Here I am in 2016 having bought yet another one to restore, this time an SUL bus.

(Read a quick lesson on the differences between buses and coaches here.) 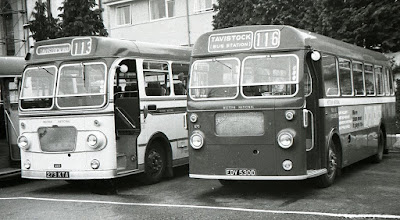 In this first post, I explain how the obsession began, despite the SU having long since finished in service by the time I was born. The SU coaches entered my consciousness by accident, at bus rallies and road runs, their pleasing lines and smiling 'faces' doing their own work to charm a schoolboy with a weakness for such things. The SU buses had to work a little harder to get themselves noticed, but only because there were very few in active preservation at that time. 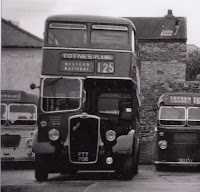 I'd seen them in books (he says, like an adolescent schoolboy describing how he'd first encountered the opposite sex). My Dad thought they were ugly, but I liked the look of them. Small and quaint, they had the same mischievous look as the coaches. And, like the coaches, they had a habit of lurking around in the background, puncturing the grandeur of the bigger, more purposeful buses.

The first SU bus I actually saw was this one, a long-term, decaying resident at the yard of W. Norths of Sherburn-in-Elmet (who also played a significant role in 671's continued existence, as you'll read in the potted history to the right). 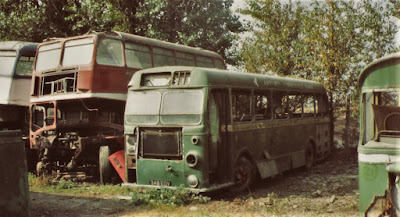 My Dad and I visited Norths a few times when I was 8 or 9 to find spares for our Bristol Lodekka. The SU was Western National 634 (348 EDV), although by the time I saw it there was nothing left to identify it. 634 was an instant hit with me, not just because it was an SU but also because it had no remaining steering mechanism which meant the steering wheel could be turned round and round with next to no effort. This was a vital feature for a nine year-old aspiring bus driver.

I soon met (and drew) the SU buses at Colin Billington's place in Berkshire, as well as Trevor & Shirley Leach's beautiful red West Yorkshire example - by which stage it was too late to stop the growth of what has been an ambition ever since: to own one. 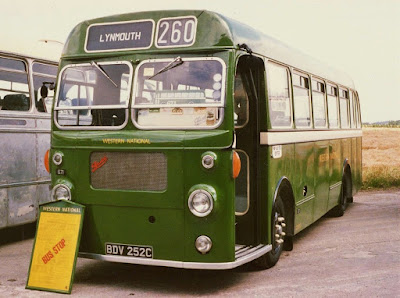 The first I knew of BDV 252C (671) was this photograph. I bought this quite soon after I started collecting photos of SUs (as an addict would) in the early 1990s and was excited to see there was still a Western National SUL bus in a good state of repair. 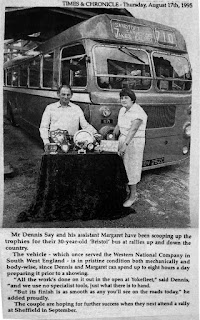 A little investigation showed it was privately preserved in the North of England by a father and son team, Dennis and Dave Say of Yokefleet, assisted by Dave's future wife Christine and, later, Dennis's partner Margaret. I collected many other photos of it whenever they turned up, both in service and in preservation, the latter always showing it turned out well and confirming it was in safe hands.

Dave Say has very kindly shared with me some tales of their time with "the happy bus", as 671 was known, and I'll be posting these in due course as a tribute to the vast contribution the Says made to 671's survival.
All went quiet from 671 in the early 2000s when it was sold on to a truck enthusiast who required a bus to ferry his friends to shows. The new owner wasn't actively engaged with bus preservation so 671 quietly disappeared from the scene and we interested parties all lost track of its whereabouts.
Concern was mounting for its continued existence until, in around 2012, it emerged looking like this... 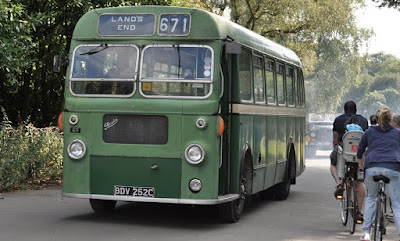 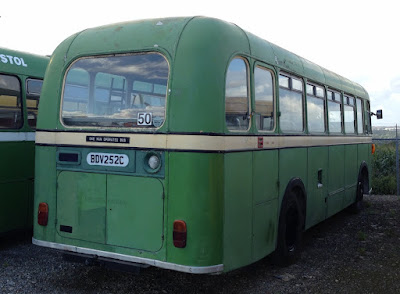 ... a far cry from its cup-winning days with the Says. There was concern for its future among enthusiasts as it passed between short-term owners, deteriorating further each time. 671 had become an emergency.

Twice before I've narrowly missed out on buying 671. On both occasions it was sold for quite an excessive price given the amount of work required for the restoration. First time it moved to Bath, where the owner promptly listed it for sale on eBay, a dangerous marketplace for historic vehicles. Despite a realistic but generous offer from me, it was sold again to a new owner in Somerset.

Having established contact, I was kindly given first refusal when the time came to sell 671 - and after the anguish of missing out twice in recent years, I didn't dally around! 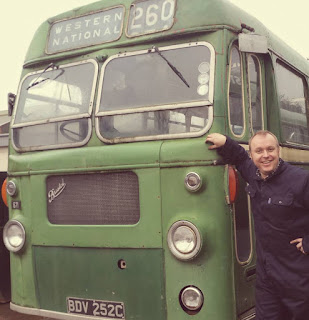 The sale was agreed on 13th (oh gawd) January 2016 and, after a preparatory visit to bleed the clutch and reattach the prop-shaft, we collected my prize by low-loader on 4 February 2016, my long-suffering Dad at the wheel quoting the Laurel & Hardy phrase "Another fine mess you've got me into"... 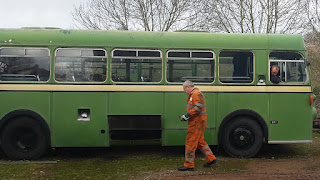 Highlights of a memorable but smooth journey 'home' can be enjoyed in the video below.

Now safely home, the scale of the restoration task can be easily assessed. It is huge, though I'm surprisingly undaunted. That's not because I'm either naive or arrogant (our other vehicles kicked any last vestiges of those traits out of me years ago) but this time I want to take my time. I'm lucky enough to have other buses I can drive in the meantime so, unlike previous projects, I'm under no immediate pressure to have 671 on the road.

Instead, the priority is to enjoy the restoration and do a thorough job over the next few years. Whatever horrors we find - and, trust me, there will be some, if not many - we'll deal with them gradually and watch as it slowly comes back to life. 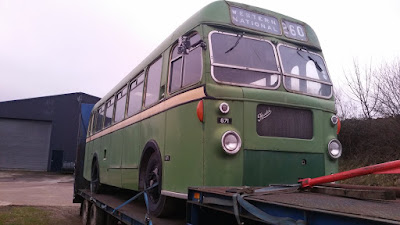 And that's why I'm writing this blog - enjoy watching...
Posted by David Sheppard at 12:22