For those who fancy python wrestling without the risk, might I suggest one of these? 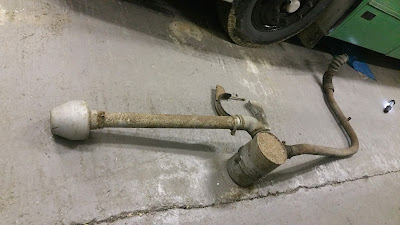 You'll find them underneath certain SUL buses - those built after 1964, and some earlier ones which were retrospectively fitted. What is it? You'd better read on...

This is potential cause number (3) of 671's white smoke issue, albeit the least likely, but a job to be done regardless. It's the exceptionally elaborate network of pipes through which air is drawn, cleaned and delivered to the inlet manifold of the engine.

Perhaps less well known than the equivalent statistic about arteries in the human body, it's nonetheless true that if 671's air intake was stretched out end to end, it would actually cover ground from Minehead to Lynmouth and back - twice.

Now, a quick lesson in SU air intakes, for those who themselves gasp with excitement at such things: 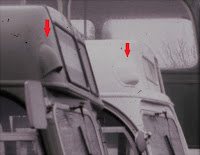 Early SU buses, and all SU coaches, were originally fitted with air intakes on the front roof dome. The air was drawn through trunking above the driver's head (hidden by panelling on the coaches but exposed on the buses), the sound of which made for a noisy cab environment when the bus was pulling hard. There was also no air cleaner to remove unwanted particles from the air before delivery to the engine.

Western/Southern National modified its SU coaches to draw their air directly through an oil bath filter, fitted under the floor alongside the manifold - as exhibited by 420, whose original intake vent wasn't re-fitted when the dome was replaced on conversion to dual-purpose. West Yorkshire (and very possibly others) also fitted air cleaners to their SU buses; as we know the floor is lower in the SU bus than it is in the coach, hence the intake and cleaner had to be taken forwards where there was more space. Later SUs were built to this spec and as a result, 671 has this big long python...

More to go wrong! The rubber sections of 671's had collapsed, restricting the air flow. The air cleaner was full of muck. The end cone was rotten and in danger of breaking apart. So I thought it worth wrestling the python onto the bench.

A thorough clean of the air cleaner (ironic) and pipes followed, together with new hoses, elbow joints and clips. 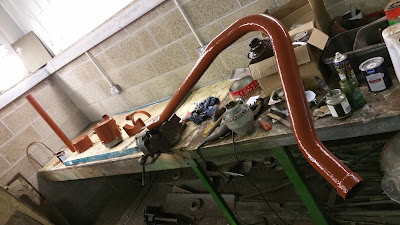 But what about that cone? 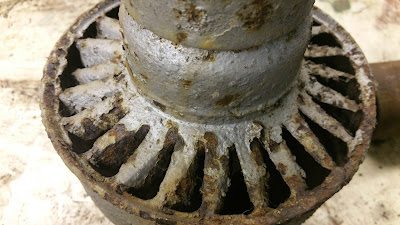 A moment of midnight inspiration made me wonder if any similar cones were made for tractors - you know those little musroom things that stick up through the bonnet? The answer was yes - but also an identical one, for a Massey Ferguson tractor. 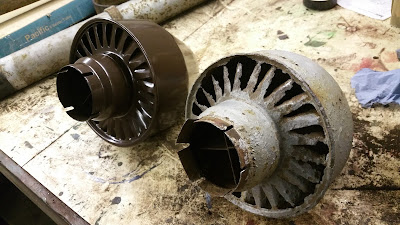 A double result at just £20. Something else now ready to go back on... 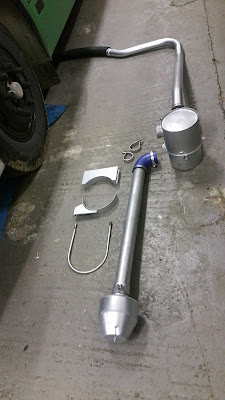 ... just as soon as the chassis is dry. I did mention I'm working on that, too? 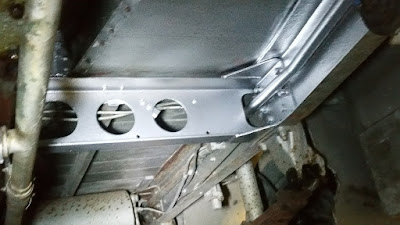